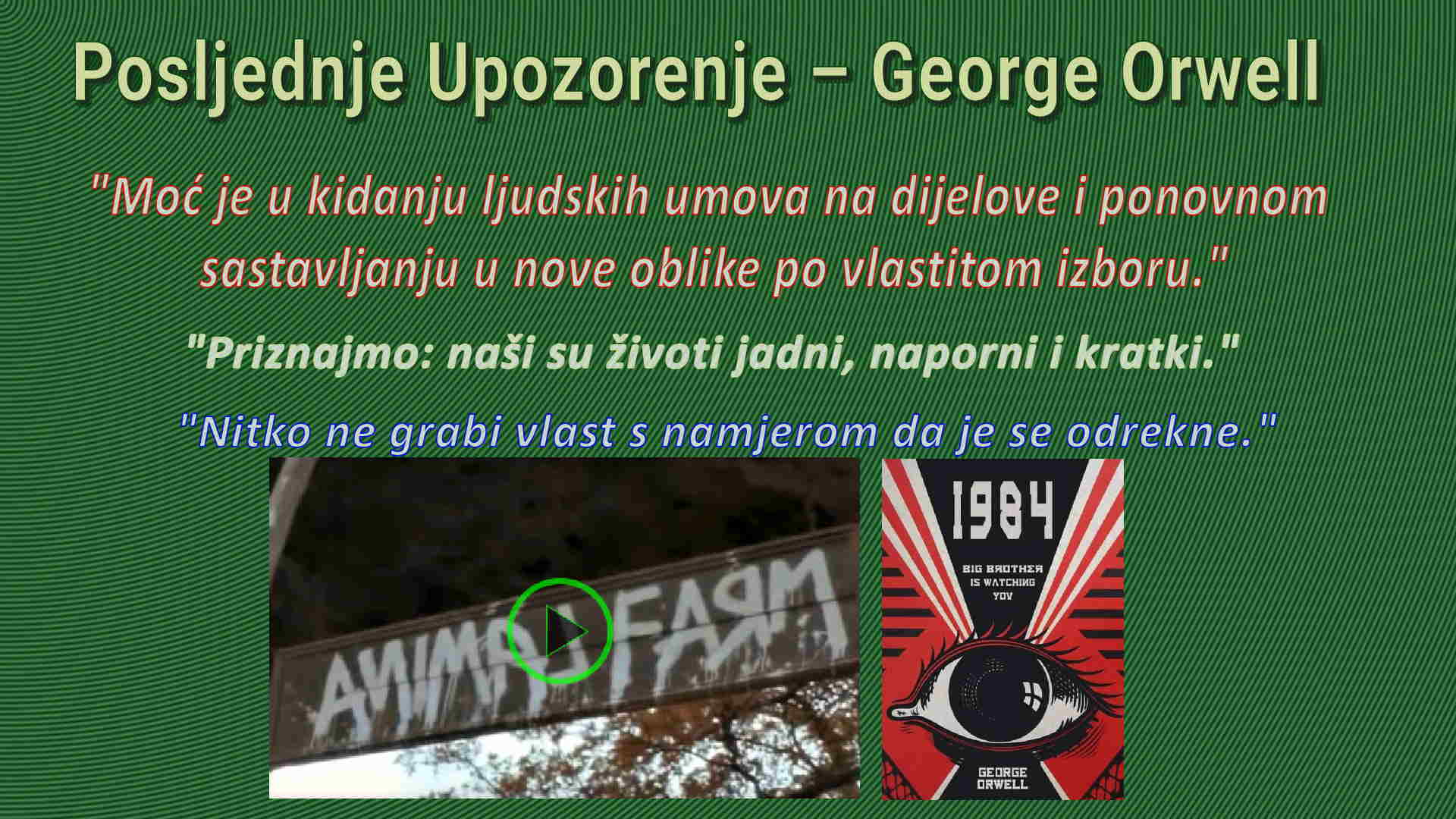 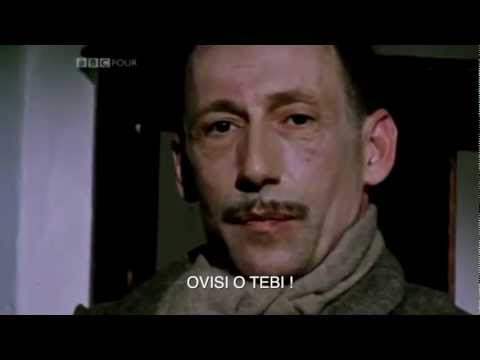 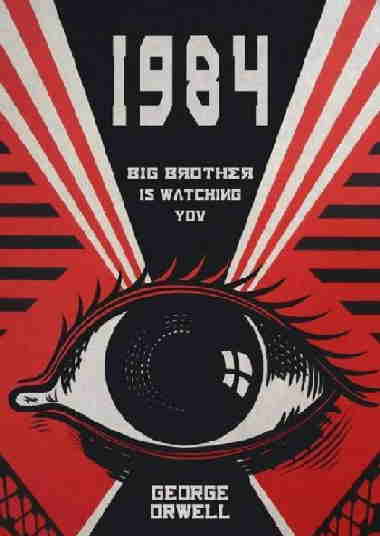 “Weak or strong, clever or simple, we are all brothers.”

“Man is the only creature that consumes without producing. He does not give milk, he does not lay eggs, he is too weak to pull the plough, he cannot run fast enough to catch rabbits. Yet he is lord of all the animals. He sets them to work, he gives back to them the bare minimum that will prevent them from starving, and the rest he keeps for himself.”

“And remember also that in fighting against man we must not come to resemble him. Even when you have conquered him, do not adopt his vices.”

“Let’s face it: our lives are miserable, laborious, and short.”

“Man is the only real enemy we have. Remove Man from the scene, and the root cause of hunger and overwork is abolished forever.”

“If liberty means anything at all it means the right to tell people what they do not want to hear.”

“We are living in a world in which nobody is free, in which hardly anybody is secure, in which it is almost impossible to be honest and to remain alive.” – The Road to Wigan Pier

“All the war-propaganda, all the screaming and lies and hatred, comes invariably from people who are not fighting.” – Homage to Catalonia

“There are occasions when it pays better to fight and be beaten than not to fight at all.” – Homage to Catalonia

“It is curious how people take it for granted that they have a right to preach at you and pray over you as soon as your income falls below a certain level.” – Down and Out in Paris and London

“The stars are a free show; it don’t cost anything to use your eyes” – Down and Out in Paris and London

“The mass of the rich and the poor are differentiated by their incomes and nothing else, and the average millionaire is only the average dishwasher dressed in a new suit.” – Down and Out in Paris and London

“In practice nobody cares whether work is useful or useless, productive or parasitic; the sole thing demanded is that it shall be profitable.” – Down and Out in Paris and London

“It is only when you meet someone of a different culture from yourself that you begin to realise what your own beliefs really are.” – The Road to Wigan Pier

“Here you come upon the important fact that every revolutionary opinion draws part of its strength from a secret conviction that nothing can be changed.” – The Road to Wigan Pier

“It was a bright cold day in April, and the clocks were striking thirteen.”

“What can you do, thought Winston, against the lunatic who is more intelligent than yourself; who gives your arguments a fair hearing and simply persists in his lunacy?”

“Perhaps one did not want to be loved so much as to be understood.”

“The best books . . . are those that tell you what you know already.”

“If you want to keep a secret, you must also hide it from yourself.”

“Doublethink means the power of holding two contradictory beliefs in one’s mind simultaneously, and accepting both of them.”

“If you loved someone, you loved him, and when you had nothing else to give, you still gave him love.”

“Power is in tearing human minds to pieces and putting them together again in new shapes of your own choosing.”

“Big Brother is Watching You.”

“It’s a beautiful thing, the destruction of words.”

“Of pain you could wish only one thing: that it should stop. Nothing in the world was so bad as physical pain. In the face of pain there are no heroes.”

“There was truth and there was untruth, and if you clung to the truth even against the whole world, you were not mad.”

“We know that no one ever seizes power with the intention of relinquishing it.”

“Don’t you see that the whole aim of Newspeak is to narrow the range of thought? In the end we shall make thoughtcrime literally impossible, because there will be no words in which to express it.”