Battle of Vukovar, The Battle That Saved Croatia 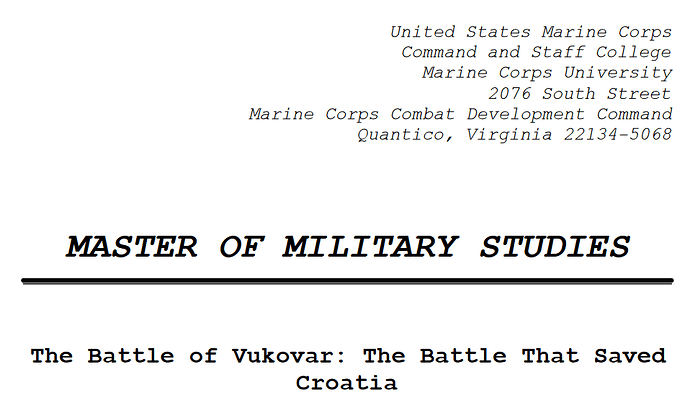 Download PDF file to read the full document about

The Battle of Vukovar

The key battle in the Croatian Homeland War that led to Croatia independence was the Battle of Vukovar, the little city on the Danube, on Croatia’s eastern border, which extended from May 1991 until the defenders’ general surrender on the 18th of November. Vukovar was not only the bloodiest but also the most decisive engagement in Croatia’s Homeland War. Despite the fact that the Croatians ultimately were forced to give up the city, which meant a tactical Croatian defeat, at a strategic level Vukovar represented a victory for Croatia. It was a decisive moment in the war in the sense that the battle forced Serbia and the Yugoslav People’s Army (JNA) to reduce their expectations to more realistic levels. Conclusion: The Battle of Vukovar was important at both the operational and strategic levels of war. This paper was focused at the tactical level because events at this level had an impact on both operational and strategic levels…